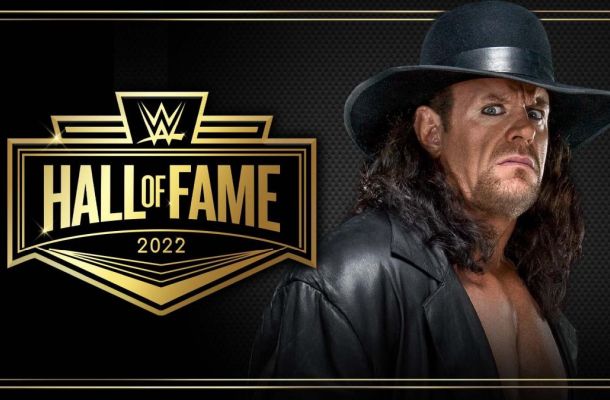 The Undertaker is being inducted into the WWE Hall of Fame. A few years ago this is something that seemed unimaginable with the way that his character had been protected over the years. After his retirement things started to get better and after the documentary series, that mystique that made The Undertaker so special during his in-ring career is gone. The spooky mortician has been replace by Mark from Texas who used to be a pretty good wrestler back in the day.

That said, his Hall of Fame induction should be a pretty big deal. Stars like Hulk Hogan and Steve Austin were inducted before the Hall of Fame was as big of a deal as it is today so this should really be a big production. He is the biggest star to go into the Hall of Fame (for the first time) in years and, based on that documentary series, the WWE considers him to be their biggest star ever to go in.

Over the years, the inductee has often been as big of a star as the person they are inducting. That is not an easy job with someone like The Undertaker so the speculation is running wild. MyBookie.Ag has betting odds on this prop.

To Induct Undertaker into the WWE Hall of Fame Betting Odds:

Let’s go through the names one by one and see if we can come up with the winner.

Vince McMahon (-220): These odds really surprise me because I see no way that this happens. The logic of it makes sense because Vince McMahon appreciates him so much or whatever, but I just don’t see it. Vince is very careful with his on-screen appearances and he probably wants to save himself for his match at WrestleMania.

Mick Foley (+200): Mick would be my favorite if I was making the odds so I am all over him at +200. He is one of the most well-spoken wrestling legends, was one half of The Undertaker’s most memorable moment, and is probably the best feud of The Undertaker’s career. Plus, he’s a big star, but not bigger than The Undertaker which someone like Steve Austin would be.

Triple H (+450): Nobody knows the status of Triple H right now and he hasn’t been seen in months. It would be surprising to see him make his return to the public eye in a spot like this and would probably take attention away from The Undertaker.

Shawn Michaels (+600): I’m going to say this in the nicest way possible: maybe if he looked like he used to.

Kurt Angle (+1000): Based on his Hall of Fame acceptance speech and his run as Raw General Manager, I don’t think Angle has the speaking chops for a spot like this.

I will be betting a 1/4 unit on Mick Foley at MyBookie.Ag to induct The Undertaker into the WWE Hall of Fame. He’s my favorite of these candidates and the only thing stopping me from going a full unit is the possibility that someone not on this list will be announced or WWE will go away from the traditional induction format.