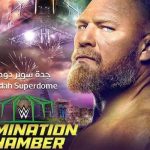 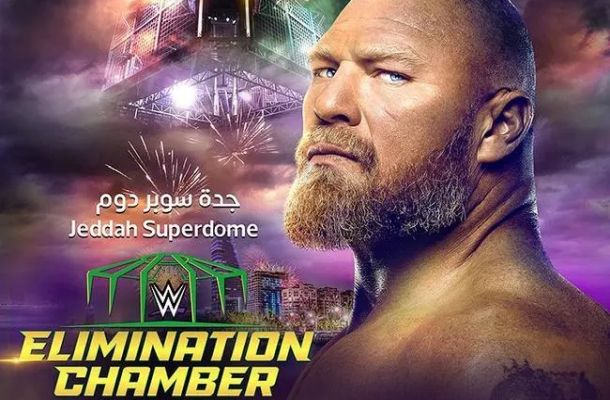 This Saturday is WWE Elimination Chamber and it is fair to say there is quite a lot of interest in this card.

From the Observer, Brock is apparently pushing for a title vs title match at Wrestlemania. I still am not sure how that would work out in regard to Fox and USA and whether there would be a double champion working both shows, or if he would have to give up one etc.

A lot of questions about it and it’s going to be interesting.

Let’s check out the betting odds for WWE Elimination Chamber, then we will get into the betting tips.

As a reminder, it starts at 12pm EST tomorrow.

Betting odds are the best ones available – courtesy of Mr Green (Americans: Bet wrestling at BetOnline), BetOnline and MyBookie. Compare odds at all three.

Where To Bet WWE Elimination Chamber:

Mens Elimination Chamber: Roman Reigns vs Brock Lesnar appears to be 100% happening at Wrestlemania. The question is whether or not it is title vs title or not. My own belief is that they won’t go that route – but it’s certainly being discussed backstage. It would make the main event that much bigger, and I can see reasons for it.

There is also the possibility that Seth Rollins wins. Mr Green (Americans: Bet wrestling at BetOnline) has a wide variety of prop bets available, such as match duration, who lasts the longest etc. If I was to bet on the winner, I would bet The Field vs Brock Lesnar at +175.

Instead with Brock involved, I will bet 1/2 on the match being under 33 minutes. -125 odds at Mr Green (Americans: Bet wrestling at BetOnline).

Womens Elimination Chamber: So on the podcast I theorized that Alexa Bliss could win due to her therapist storyline ending. Meltzer said in the Observer that Belair has been the plan for many months.

That does make sense although again – it really surprised me that Bianca was not given a strong push during the Women’s Royal Rumble. In saying that – they then had her win the gauntlet match on RAW and look strong and she has been protected on TV.

After much thought, I have decided to bet under 30 minutes. 1/4u, -134 odds, Mr Green (Americans: Bet wrestling at BetOnline). I don’t believe they will keep the women out for longer than that – especially with the outfits they will be wearing.

Becky Lynch vs Lita: I mean you are only going to bet Lita if you think there is the chance she wins by DQ or something. I just don’t see that. No bet.

Drew McIntyre vs Madcap Moss: I almost feel like there is the slight chance of an upset here to help build Drew vs Corbin more at Mania. Corbin interference would be a big factor there. Not enough for me to bet it though.

The Usos vs The Viking Raiders: I mean the Usos are Roman Reigns level of protected right now. They just don’t seem to lose the titles even when there have been some solid contenders. This would be a massive upset that I just cannot see at all.

Roman Reigns vs Goldberg: I mean you have to expect Roman to win. The over/under is 9 minutes. I like the under. Goldberg went 11:25 with Lashley which was a long one but there was a lot of smoke and mirrors there. Problem is it is -230 odds which is unbettable. Check out all the prop bets available though at Mr Green (Americans: Bet wrestling at BetOnline).

Rey Mysterio vs The Miz: I said it on the podcast – after his Edge feud, Miz could do with a bit of rehabbing. Funnily enough these two have fought in Sudi Arabia before – in the WWE World Cup on Crown Jewel 2018. That was the only show where Rey had a singles match (two – other against Orton). I started thinking that Rey Mysterio is a bit of a big deal so they may want him to win here. After much thought, I’ve decided not to advise it.

Ronda Rousey / Naomi vs Charlotte / Sonya Deville: Have to expect team Ronda wins. It’s not out the realm of possibility that Charlotte and Sonya win of course. Plenty of ways for them to do it. But I’m not risking it. I mean I may bet it for fun but I couldn’t advise it.

Where To Bet WWE Elimination Chamber: